A True Icon of Ecuadorian Hospitality

As if you were part of the Gangotena family many years ago, you will feel entirely at ease here. Enjoy the hotel’s many free exclusive activities that will show you Quito Old Town’s best-kept secrets. After a day filled with history and culture, go back to the comfort and luxury of our hotel in Quito to unwind and  enjoy its timeless elegance.

An authentic taste of Ecuadorian warmth and hospitality

We believe in being ambassadors of Ecuadorian hospitality and providing our guests with an intimate space to experience the hotel in their own, unique way. Intuitive and world-class service are at the ready to make this a reality.

And what better place to experience this level of hospitality than amid Casa Gangotena’s Boutique Hotel neoclassical and Art Deco architecture? Trust us when we say you’ll feel completely at ease whenever you take a moment to relax and admire the hotel’s contemporary interior design, antiques, fine furnishings and quintessential comforts.

The History of Casa Gangotena

Casa Gangotena occupies a pivotal spot in Quito’s Old Town: the southwest corner of San Francisco Plaza, the history of which dates all the way back to the time of the Incas. According to early Spanish chroniclers, the plaza remained surrounded by temples and palaces during the 15th century, with one temple having sat right where Casa Gangotena now stands today. Over the course of the following centuries, the large plaza would serve as the site of a giant open-air market (otherwise known as a “Tianguiz”) for indigenous traders from the surrounding regions.

The importance of the San Francisco Plaza throughout the Colonial period and the following centuries led several wealthy families to build their homes around it. The mansion that once occupied the hotel’s present site eventually ended up becoming the residence of several Republican-era presidents. Unfortunately, in 1914, a calamitous fire destroyed much of that mansion.

Remarkably, what remained of that structure was completely rebuilt in 1924 by its owners, the Gangotenas — one of the capital’s leading families — whose members have consisted of important industrialists, politicians, landowners, academics and even poets. The Gangotena family owned the stately home until the mid-2000’s when the current owners (Metropolitan Touring) purchased the mansion with the goal of converting it into a world-class boutique hotel.

In 1978, Quito’s Old Town was declared the first-ever UNESCO World Heritage Site city thanks to having the largest and best preserved Historic Center in the Americas. A few years later, Casa Gangotena was included in the city’s cultural heritage inventory.

Be sure to head up to our third-floor terrace and enjoy unrivaled views of the majestic mountains and volcanos, all as you reflect on the profound and historical significance of the San Francisco Plaza along with its surrounding churches and neighborhoods!

This hotel in Quito is further adorned with fine antiques and beige Egyptian marble that adds warmth to its hallways. Striking Statuarietto marble, with its fine grey-colored veining, covers every bathroom from floor to ceiling.

In the Heart of Quito

Casa Gangotena enjoys an incredible location right across from the centrally-located San Francisco Plaza, which is just a few blocks away from the gilded interior of the La Compañía Church as well as the City Museum, the Santo Domingo Plaza, the Presidential Palace, numerous cultural hotspots and the bustle of one of the capital’s most iconic neighborhoods. Our hotel in colonial Quito is the perfect option to explore the most iconic landmarks of the city.

A Part of the Community

It wasn’t long after we purchased the property that we began getting involved in several community projects. These include the award-winning Heritage Guardians initiative, which focuses on neighborhood integration and promoting the value of heritage and traditions. It also seeks to establish designated “routes” for visitors to explore, meeting locals and experiencing their daily life and lore along the way.

We take pride in our hotel’s awards and accolades, which reflect the dedication and passion that our team puts into every detail of our guests’ experience. No request is too complex, no favor too big. We aim to cater to every wish. At Casa Gangotena Boutique Hotel, Ecuadorian hospitality shines and is always delivered with a smile. 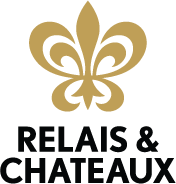 Relais & Châteaux, established in 1954, is an association of 580 unique hotels and restaurants throughout the world, owned and operated by independent entrepreneurs – most often families – who are passionate about their craft and deeply committed to forging warm, lasting relationships with their guests.

Established on five continents, from the Napa Valley vineyards to Provence to the beaches of the Indian Ocean, Relais & Châteaux invites people across the globe to savour delicious journeys, to discover the inimitable art de vivre engrained in each local culture and to share an incomparable, unforgettable experience.

Relais & Châteaux members protect and promote the wealth and diversity of the world’s culinary and hospitality traditions, to ensure they continue to thrive. They are equally dedicated to preserving local heritage and the environment, as articulated in the association’s Vision presented to UNESCO in November 2014.

A journey through Ecuador’s flavors

ALL ABOUT COCINA MESTIZA

CHAT WITH US
HTML Snippets Powered By : XYZScripts.com